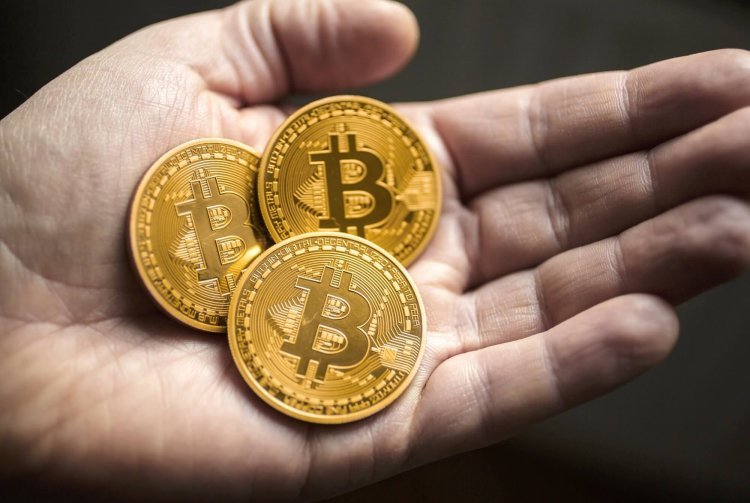 9 Interesting Bitcoin Facts You Should Know

Bitcoin is one of the digital currencies that was created in 2009. The currency follows the idea laid out in a white paper by the mysterious character Satoshi Nakamoto, whose true identity has not yet been established.

Bitcoin promises lower transaction fees than online payment mechanisms and is managed by a decentralized authority, unlike currencies issued by governments.

It contains analysis and news that you can follow through our free bitcoin recommendations section.

The current market capitalization of Bitcoin (abbreviated as BTC or XBT to a lesser extent) in circulation today is over $7 billion.

A transaction is the transfer of value between Bitcoin wallets embedded in the blockchain. Blockchain technology that records cryptocurrency transactions in chronological order in public digital ledgers.

Bitcoin wallets keep a secret piece of data known as a secret key or seed, which is used to record transactions and provide mathematical proof that it came from the wallet owner.

All transactions are made by bitcoin trading companies, through a process known as "mining".

Its exchange rate against the dollar attracts investors and traders who are interested in trading currencies.

In fact, one of the main reasons for the growth of digital currencies such as Bitcoin is that they can act as an alternative to national money and traditional commodities such as gold.

The 9 Most Interesting Facts About Bitcoin

With the extraordinary rise in the price of Bitcoin, this digital currency is causing a lot of interest among the people.

By this time, there were a lot of people who had heard about Bitcoin and became more accepting of it, so in the field, here are some interesting facts you should know about Bitcoin:

The creator of Bitcoin,remains a mysterious figure.
“Satoshi Namakoto” is the name used by the person who designed Bitcoin, but there is still doubt about the true identity.

Over the years, many people have associated with the same thing, including Nick Szabo, Dorian Nakamoto, Hal Finney, Craig Stephen Wright and others.

Some consider Nakamoto a team of people.

By May 2017, Nakamoto was believed to own 1 million bitcoins.

The number of bitcoins is limited.

You may have heard of bitcoin mining, which is the process by which bitcoins are produced in a digital way.

So, does this mean that there can be an infinite number of bitcoins?

This is not true, the preset table contains a limited number of bitcoins.

It is slowly approaching 21 million and the mining process is getting more and more difficult with each passing day.

It is impossible to know the details of the sender / recipient.
Bitcoin deals with a long string of 34 alphanumeric symbols.

With this address, it becomes impossible to know the recipient, most likely this is the reason why the majority of illegal transactions are made with Bitcoin.

To further protect privacy, most portfolio programs assign users an investment portfolio ID, which is also used as a username.

Pizza was the first commodity purchased with bitcoin.

After the first bitcoin transaction between Satoshi and Hal Finney in 2009, the first recorded purchase was a $25 pizza.

This was done using a 3D model of Bitcoin and a paper Bitcoin wallet, which was attached to a climate balloon.

The entire trip was recorded with a GoPro that focuses on the model and wallet.

When the balloon reached a height of 20 km, the ground team made a paper wallet transaction.

Another transfer was made to the wallet when it reached its maximum height of 34 km.

The conversion of Bitcoin, the preferred currency in illegal goods transfers, cannot be reversed.

Unlike popular platforms like PayPal, you cannot get a second chance while making a transaction.

The FBI owns one of the largest bitcoin wallets.

When the FBI shut down Silk Road operations, it also confiscated the owner's assets, in the process, the FBI became one of the world's richest Bitcoin Macs.

Wired reports that the bureau owns more than $120 million in bitcoin.

Just as you save your money in your online bank account, bitcoins are stored in your bitcoin wallet.

It is a highly secure wallet, however if you lose it you will lose your bitcoins forever.

It is also impossible for anyone to use your bitcoin from your wallet until you give it to them.

Also, if you have a bitcoin address, you can see how many bitcoins the owner has.

Since its launch, Bitcoin has over the past decade become one of the most important phenomena in the digital world.

Its price has reached thousands of dollars, yet the price continues to fluctuate and is still volatile.

There are also expectations that Bitcoin may decline in the future if it continues on the current path, and the reason is that only a few people, about 10 people, control the majority of Bitcoin.

This goes against the decentralized nature of currency.