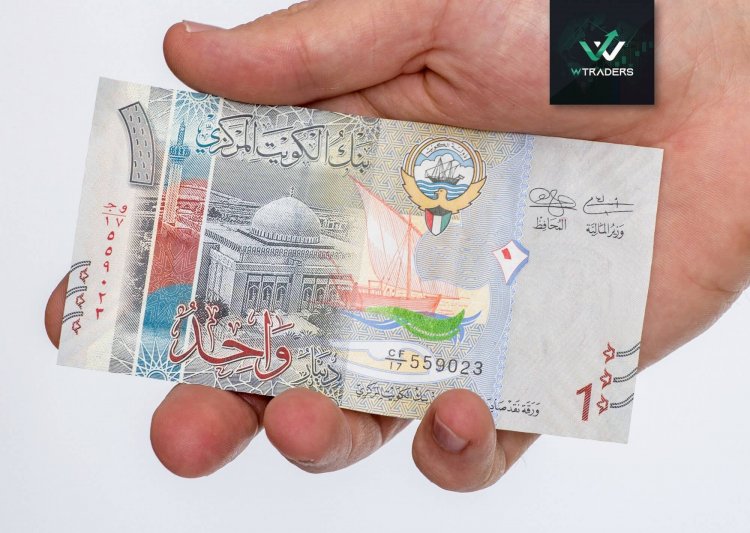 The State of Kuwait adopts the Kuwaiti dinar as the official national currency, and since 2021 the dinar has recorded the highest value among all world currencies. The Kuwaiti dinar exchange rate fluctuates by a very small percentage and is linked to an unknown currency basket. Kuwait's economy is highly dependent on oil, making it one of the richest countries in the world. Since its official launch in 1961, the Kuwaiti dinar has gone through six different versions. As of December 2021, the Kuwaiti dinar is equal to about 3.3 US dollars.

What is the Kuwaiti dinar?

The national currency adopted in the State of Kuwait is the Kuwaiti dinar.

From the Roman dinar, the name Kuwaiti dinar was derived.

The Kuwaiti dinar is divided into 1000 fils, which is a coin used in many Arab countries.

Kuwait is a small country located between Iraq and Saudi Arabia on the Persian Gulf.

Its economy is highly dependent on oil, making it one of the richest countries in the world according to GDP per capita.

The concept of the Kuwaiti dinar

In 1961, the Gulf rupee replaced the Kuwaiti dinar (KWD).

The Gulf rupee was a pegged currency at par with the Indian rupee.

In 1959, the Gulf rupee was issued by the Indian government, and adopted for use outside India especially with the Arab Gulf states.

Like the Indian rupee, the Gulf rupee is pegged to the British pound sterling (GBP).

Kuwait gained independence in 1961 from the United Kingdom with the expiration of the effects of the treaties concluded after the defeat of the Ottoman Empire.

The Kuwaiti dinar was adopted instead of the Gulf rupee by the Kuwait Monetary Council.

Until 1966, the circulation of both the Gulf rupee and the Kuwaiti dinar was adopted, but the use of the rupee ended due to its depreciation.

So between 1975 and 2003, the Kuwaiti dinar was pegged to the weighted currencies.

Weighted currencies were determined by the Kuwait Monetary Council.

This link continued until 2007, when it was officially re-linked to an undeclared currency basket.

As of December 2021, the value of one Kuwaiti dinar is around 3.3 US dollars, making it the most valuable currency on earth.

Kuwait has an economy based on petroleum products with 80% of government revenue coming from the oil industry.

Kuwait has the lowest unemployment rate in the world and adopts a tax exemption policy.

The Kuwait Investment Authority (KIA) is the world's oldest sovereign wealth fund, and the country's investment sector manages more assets than any other member of the Gulf Cooperation Council (GCC), a regional economic and political union.

The Kuwait Investment Authority is a Kuwaiti government-owned entity that has a key role in managing Kuwait's sovereign wealth fund.

It was established by the Kuwait Investment Board in 1982, and its objective is to manage government revenues mainly derived from the excess revenues from oil reserves earned by Kuwait.

A fund was established to reduce dependence on oil by the country and was considered the first and oldest fund in the world in terms of its role.

Six official Kuwaiti dinar monetary issues have been approved since the first circulation in 1961.

The third version was issued in 1980, upon the coronation of Prince Jaber Al-Ahmad Al-Jaber Al-Sabah, and continued in use until the Iraqi invasion of Kuwait in 1990.

With the invasion, the Iraqi government adopted the Iraqi dinar as the official currency of the region.

With the liberation of Kuwait, the third issue of the dinar was abolished and replaced by the fourth issue of the currency in 1991.

Several versions were implemented in the year 1994 to improve security features.

The sixth edition came in 2014 with a quality with a special texture and a feature that enables blind and visually impaired people to identify it by touch.

This means that the purchase of the Kuwaiti dinar ranges between $3.17 and $3.33.

This means that the highest rate of the price is 3.33, ie the increase in the value of the Kuwaiti dinar and the depreciation of the US dollar compared to the dinar.

If the price drops, this means that the Kuwaiti dinar loses its value and the US dollar gains more value for it.

The Kuwaiti Dinar is not usually used for speculative trading due to the limited and relatively low volatility.

In this case, if the trader tries to adopt the Kuwaiti Dinar, he will buy at the lower price of his range and sell at the top price.

Trading in Kuwaiti Dinars buying and selling represents a profit of 5%, with lower fees and commissions.

For this reason, most traders and investors will stay away from trading in dinars unless they feel that a major fundamental shift is imminent that could cause a significant shift in the value of the currency.

How is the Kuwaiti currency pegged?

The Kuwaiti currency is linked to a basket of currencies against a single currency.

The currency basket was not disclosed but it is expected to be heavily skewed towards the US dollar.

Why is the Kuwaiti Dinar so valuable?

The Kuwaiti dinar is in very high demand, which makes it an excellent value currency.

Oil wealth is the mainstay of the Kuwaiti economy, but it is not the only reason. The country's political stability and efficient use of oil revenues, unlike many oil-rich countries.

It is also a major exporter of oil with all its derivatives.

Because the Kuwaiti dinar is a very valuable currency, the demand for global oil is high and it is obligatory to pay for it in the high Kuwaiti currency as well.

Is Kuwait's currency more expensive than the dollar?

Yes, the Kuwaiti currency is more expensive than the US dollar because the demand for the Kuwaiti dinar is high due to the fact that Kuwait is a large oil producer.

However, the US dollar is the world's reserve currency and is more widely accepted.