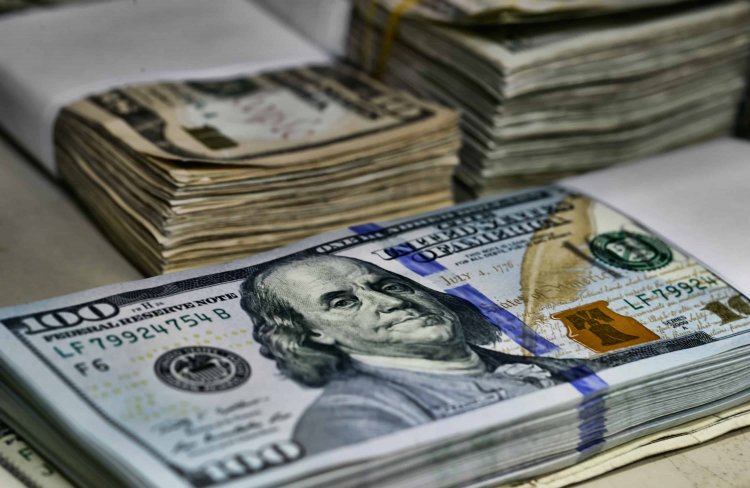 History of the U.S. Dollar

We all know that money is the lifeblood of any country, whether it's in terms of economy, politics, social life, or control of other countries.

The U.S. dollar is the most famous, strongest, and most controlled currency in the world.

It is the official currency of the United States of America and was first adopted in 1792.

The U.S. dollar is divided into 100 cents and issued by the Central Bank of the United States.

History of the U.S. Dollar

The U.S. dollar is named after silver Thaler, a German word used by Germans in the 15th century as an abbreviation for Silver.

The first dollar banknote was printed in 1690 in the British colonies, and the history of the U.S. dollar can be traced back nearly 200 years, because it began trading before the independence of the United States of America, and goods and materials were traded through it, while in the 19th century foreign currencies such as the Spanish dollar and other foreign currencies were cancelled.

In 1900, a war broke out of agricultural interests, requiring the continued existence of the gold standard in dollars because farmers needed inflated dollars to pay off debts.

The first US dollar was printed in 1914, when the US Federal Reserve was established in the United States.

At that time, the U.S. Federal Reserve was created to protect the U.S. dollar from counterfeiting and maintain currency strength, because the United States did not trust commercial banks.

The United States is the largest economic country, and its strength has surpassed Britain, since the dollar has become the global reserve currency.

During World War II in 1914, many countries abandoned the gold standard to pay their military expenses during the war and were replaced by paper money, resulting in a decline in the value of their currencies.

Strength of the U.S. dollar

1. After World War II, an economically collapsed Europe emerged from the war, and the United States won and strengthened its power, in light of which the US-run International Monetary Fund was established.

3. Most countries in the world link their currencies to US dollars.

4. The US dollar is seen as the preferred currency of central banks because it is the world's number one reserve currency and reflects the liquidity of the financial markets and the political and economic institutions that support it.

5. The US dollar is seen as a safe haven for banking and business.

6. Gold was withdrawn and not considered a unit of measurement in the commercial markets and replaced by currencies, America bought gold, making its currency a difficult currency desirable by all.

7. USD is a unit of accounting measurement and dispute resolution in commercial transactions and a measure of international prices.

Is it possible for the U.S. dollar to collapse

Despite the strength of the US dollar and the fact that it is the first currency in global reserves, it is likely to fall for several reasons.

2. U.S. trade deficit, because the United States is one of the countries that imports more than it exports.

The dollar currency in the United States of America is divided into two categories: paper and metal class.

Second: The metal category is: